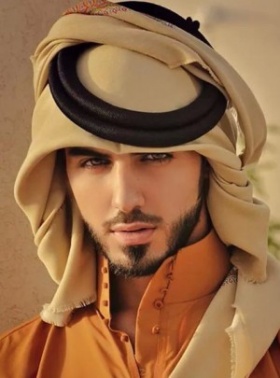 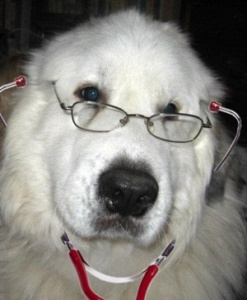 Al-Adin is a Beast of the Runnerswift kith. He is also a member of the Spring Court. When he has his mask stripped away, his 3 foot long monkey tail appears, and his ears grow to huge size. His toes widen and seperate, and his legs get bigger.

He doesn't remember his name. He doesn't remember when or where he was born, or even his mother's face. In fact, he makes himself never think of his parents, as that brings up the oldest memory he has, when his parents gave him to a strange man with a fur-lined vest and the face of evil, who came to be his Keeper. As the keeper took him, he put on a strong face, he was a man now (or so he was told), and so would have to be strong. When they turned the corner away from his house however, he began to be scared, as he didn't recognize the block they had turned on. It was much more wooded than it was supposed to be.

The next memory is of the Keeper telling him that he is to be entertaining, and that the keeper has built the world of alladin (which was the boy's favorite movie as a child), and that he was to be the star. Hesitant at first, and then with greater exuberance, he took to the world that his Keeper had created. Soon though, the story seemed to change. No longer was there a faithful monkey and a dashing young thief, now they were one and the same. Now his enemy wasn't a great red snake, it was a small kitten, who would break every bone in his body, and then calmly lick his eye as he screamed in pain. The story wasn't fun anymore. He then remembers how the story became madness, with the walls attacking him at every turn, how his complexion changed to match that of the monkey, how the red snake became first his ally, then his betrayer, then his lover, then his soul, then dust under his feet, then an enemy at the gates. He ran. It was the only thing he could do to make the story end faster, was to run through it faster. Faster and faster he ran, never stopping to catch his breath, never stopping. To stop was to go mad.

He remembers his keeper chasing him through the hedge, laughing all the time, throwing rosepetals that sliced him to ribbons and blowing spiders at him that knocked him down. But still he ran, and ran and ran until his keepers weapons littered the ground behind him, until he tore through the hedge out of madness, into the world as it was supposed to be.

Stumbling on a group of children, huddling around a trash can that was aflame, he sat with them. They were too cold and scared of the man to move. One of the older ones cautiosly asked him, "Alladin?" Unsure himself if it was the truth or not, he noded. The child's eyes grew wide in appreciation even as his eyebrows narrowed in consternation. "I thought he was supposed to have a monkey?"

Even as his memories of the past faded, the truth of what he had to do narrowed to certainty "I know. I'm looking for him." The children accepted him that night, though they moved on as he slept. It wasn't hard to slip into the underworld of the city. Everyone could someone who could outrun a cop. He eventually ended up being Ren Lipson's top thief. Lipson was a fence, having a stable of theives that he used to collect merchandise. Al-Adin, as he came to be called over time, is not one of Lipson's better thieves. He is top notch at getting the stuff, but he has a terrible time seeing the numerous street kids starving on the street. Often he ends up at Lipsons with only 10-20% of what he took, the rest having been given away to feed the street kids. Lipson hasn't found out yet, and that will be a bad thing when it does. The children pay him back by keeping the occasional lookout as well as providing cover and information if he needs it.

It was after Al-Adin's first theft where he replaced everything taken with a penny. Since then, every item taken must be replaced by a penny, one for each remote control, one for the TV, one of the loaf of bread, one for the bunch of bannanas. Lipson is actually impressed about his little "Penny thief", and makes sure that he goes out with plenty of pennies each night that he works (now 3 nights a week). He had 10 rolls of 50 pennies, which he uses for self defense as well as leaving his calling card. The rolls are wrapped in tape so that if thrown they don't scatter pennies everywhere, as then he'd have to steal the street, and that would be hard.

The City of Sacramento

Al-Adin entered the city of Sacramento in December of 2008, and was found by Ivy of the Spring court. Well, she found him in her kitchen, eating a yogurt and looking to purloin more stuff. She swiftly brought him to the Spring Queen. She introduced him to the freehold, and spring, and having fun. So that's what he did for quite some time. He met a cool guy named Nightfall, who was mute at the time (he got better). The two of them had all sorts of fun and great times together, with Al-Adin teach him how to run, and then later being shown up when Nightfall proved faster than him at a Summer Competition.

One day, Nightfall wanted to take his friend Alison Yates for some fun, and Al-Adin overheard. Alison was a fan of extreme sports, so she mentioned BASE jumping, which swiftly morphed into jumping off of the Tower Bridge. They and Asia scampered up the sides of the bridge, as a few passerby started taking pictures. Once up, they all laughed for a bit, before jumping off, first Nightfall, then Al-Adin, then Asia, then finally Allison. Hijinks of avoiding the cops were had, and everyone laughed and cheered, before going to the car and fleeing from the cops. A few clips made it to youtube.

The Rise and Fall of King Al-Adin

During the Winter of 2010, a spring meeting was held to determine who would be the spring monarch, now that King Crunk had left the city. Juno Mantiserra and Derek Noble both agreed that Al-Adin would be the prime choice, but Alice White disagreed. In the end, the group agreed to put forward Al-Adin at the Spring Festival. At the festival however, Alice stepped forward to become the Queen, while Al-Adin stepped foward to become the king. Gianna, held a contest to see who was more suited to become the ruler. Al-Adin was asked to sacrifice his speed, while Alice was told to sacrifice her beauty. Al-Adin blatantly refused, throwing the cup that was to collect the blood of his tendons at Gianna. Alice assumed queenship, and Al-Adin cheered loudly for her.

The sad story of Yata

Al-Adin and Nightfall went thieving one night, to see what Baron Fairweather had done to his favorite place, the empty orchestra, turning it into "maxines". They broke into the office and discovered several pictures of changelings' Fetches. Nightfall ended up taking pictures of the photos, and together the two of them put the pictures back and left via the roof. They made their way to Terri's to show her the pictures, when they came upon Someone breaking into Terri's store. They confronted her, and found her to be a newly escaped changeling, whose past eerily resembled Al-Adin's. He took Yata under his wing, and they now "room" together on various rooftops. The two of them ended up going bowling, and had a great time.

Sadly, Yata was kidnapped by at the time persons unknown, and her sister Hana came to try to find her. Together, she and Terri Nutkins and Tally Benoit went and rescued her, and then rescued her from inside her own dreams. Then she was back, and things went back to being great again.

But many of his friends had left, and for a time, Al-Adin wasn't happy. And when he let his unhappiness get away from him, and let his oath to the freehold lapse, he turned a corner, and there was his Keeper, a huge smile on his face, and a new script in his hands. Al-Adin was struck from behind, and rendered unconcious. When he awoke, he was deep in the hedge, on the wrong side of the border with Arcadia. The director opened his mouth to begin telling Al-Adin of all the great things that were planned. Al-Adin didn't even hear it. He had already stood up and started running. He Ran like he had never run before, calling on every gift and every muscle and every drop of speed. He took to the hedgetops, running and slidding, until he finally escaped, landing on top of sacramento in Upheaval, as the 4 Seasons Hotel was on fire. He has since rejoined the freehold, now even happier, for he has shown to himself that he is fast enough. He will never be contained again.