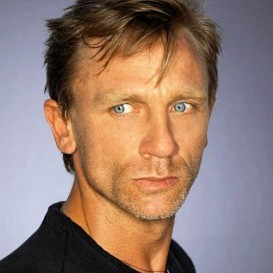 Rust(y) seems like any other ordinary guy, sure his skin is a bit gray and somewhat ‘shiny’. But his long and thick rust colored hair is neatly trimmed. His face is angular and dispassionate.

Rust appears almost human, Almost if not for being covered in course grey fur and having face reminiscent of Lion King. His fur has the dull sheen of bare, unpolished metal and appears rusted in various places. His hair forms a thick mane of metal cables that curl down past his shoulders. A length of chain link has taken the place of his spine, running down and out of his lower back to form a three foot tail tipped with a wicked metal spike. The smell of rust punctuates the area around him. His grey feline eyes are wary and piercing.

A steady heat rises from Rust's body. Bolts of Summer lightning rain off him in a cascade of static. Light plays wrong across his features

Rust remembers that once he was prized, but then fell from his Keeper's favor. For far too long he wasted away in a pit filled with other forgotten beings. It was then he ran. And he escaped. Found by the Summer Court. Rust was emaciated and weak. A few years have passed and he has risen from the lowest ranks of his Court, once standing with respect as King of Summer