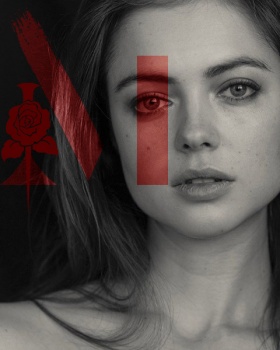 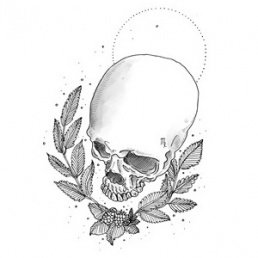 While it is known that Twist spent some time as a ghoul in Venice it is unknown the exact number of years. She was sired by Lady Luisa of the Crone and has been acknowledged by her Daeva family. She left Italy in the fall of 1987 when the city fell into turmoil.

While the exact date of Twist's arrival in Sacramento is unknown, she made her official appearance at the Sacramento court in the Spring of 1988. Aside from that small public appearance, Twist remained away from the political and social maneuverings of the city, keeping her Covenant tie as Unbound. She focused on securing her own unlife, becoming a dancer at a local gentleman's club. When Fredrick stepped forward as Prince, Twist also made her move, stepping forward as a potential Hound or Sheriff of his regime. Stung after obtaining neither position she retreated again from the game to focus on her own Danse.

She purchased and rebuilt a theater, renaming it Ballo Della Notte under the name of Myah Torsione which she runs to this day with the assistance of her ghoul Kalos. She slowly worked her way back into the city's Danse when she became the Priscus of the Daeva clan. Her status was suddenly increased when Prince Freddrick then named her not only Primogen but Seneschal.

She would loose the position when she was forced to make a sudden departure from Sacramento upon word from Italy.

Her business in Italy did not take long but it was enough that when she returned to Sacramento she was no longer Primogen, Priscus nor Seneschal. She quickly retrieved her title of Priscus but was unable to reclaim her previous two titles under the new Prince -- Asa Clarke. She was instead, finally offered the position of Prince's Hound and she accepted immediately. Surviving the Lost Nights she accepted Asa Clarke's offer to sponsor her and joined the Invictus. When he and Ishani Naetesh withdrew from the covenant shortly thereafter, she was set as the new Judex.

While her ties with Asa Clarke and Ishani Naetesh go back to the reign of former Prince Freddrick, they were permanently strengthened when she accepted the invitation to join House Millarr.