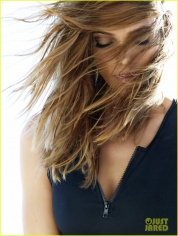 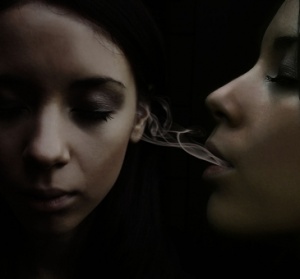 Allison S. Black has eyes and a smile that would light up a room. Socially adept, she knows how to blend in or stick out. She wears a wide variety of styles and her appearance can differ greatly from night to night. While her hair is naturally brown, she usually has it range from normal to black. She is also fond of changing her brown eyes through use of contacts. She is only 5'5" and weighs in at 120lbs.

Born and raised in Jupiter, Florida. She was always beautiful and social, though never the sharpest crayon she made use of her looks and charm. Her parents died when she was seven and her grandmother ended up raising her until they had a fallout when she was in High School over drug use, boys, parties, stealing....you name it...

Her grandmother ended up kicking her out and she floated between friends and boyfriends for a place to crash. She kept up the stressful charade rather well, through the good times and the bad.

They were wild times, but it changed quite a bit after she graduated and lost touch with people and the real world started closing in. A few months after graduating High School, she got a job at Tilted Kilt in West Palm Beach and after only month working there she received some harrowing news that her grandmother passed away in her sleep.

Even though they had not spoken in some time, it hurt quite a bit and she fell back to alcohol and partying to forget. It made it even worse that her grandmother left her all her possessions in the will, because she had thought her grandmother had forgotten about her and simply did not care.

Life continues, though, and with time one becomes numb to pain. Work continued like usual at the Tilted and she was happy with the money and the attention. As the years passed she became even more beautiful.

One night a patron caught her eyes. He was the most...how do words even begin to describe it? He was cute, funny, charming, and from how he tipped...pretty well off. She fell and fell hard, after all Jared Black would be her death as she fell into his web and lost her life.

After her embrace by Jared Black, he took her down to Miami. He taught her the ins and outs of the social scene and the society she had become apart of... and as much as she hated him, she loved him just as intensely. He taught her well what it meant to be a Daeva.

He helped her develop new skills and refine ones she already possessed. In the end she was left with a wide range of social talents, and other odds and ends that she is still refining and perfecting to this very night...

She started to carve her own niche, working her magic at the American Red Cross. With her charm and beauty she helped increase donations, and became pretty well-liked in the organization. It could have went higher and higher, but it crashed pretty hard...

Jared ended up running foul of some Venture in Miami, named Thomas Stephens, over something or another. She never knew what slight he had caused and the Venture's vengeance was horrendous. Not only did Jared meet the sun, but she had to flee for her life because he wanted to do the same to her.

She always had a finger to the pulse of the rumors from near and far and on a whim chose Sacramento, what better then to be across the states. The trip across county was far from pleasant and with a few phone calls she was able to get a little bit of pull with Sacramento's Red Cross.

Allison has a new home, and though she does not have the political aspirations of many of her kind, she still has a played a positive role...