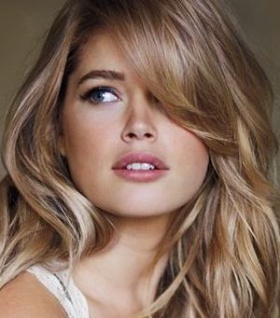 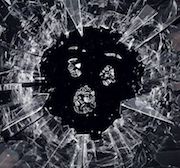 Alice lives the un-life of a stereotypical Daeva, it's visible in everything she does. Alice can have an outstanding personality, some people hate it, others love it. However, most people simply roll with their eyes and ignore the strange things she can do or say now and then. Alice is of average height for a woman. She always tries to cloth herself fashionable or at least beautiful, though everyone has his own taste. One thing is clear, she loves attention. Her make-up is always done, her long blonde hair will always be good. She never tries to show up at the same people in the same clothes. Alice looks a little too-perfected sometimes.

The Daeva walks with elegance, talks with a slight French accent, and has a simply beautiful body. A man with taste won't forget her angelic face, at least, that's what she hopes.

1941 - Alice Brown is born in London, together with her twin sister Bethany.

1965 - Alice is embraced in Paris by Julien, a Daeva of the Duchagne bloodline. She joins the Circle of the Crone. She is separated from Bethany. In Paris she learns a lot about vampires, is partying all the time, and has little interest in her covenant or the city's politics.

1988 - Julien meets his final death. Alice flees from Paris to Rouen, together with Julien's Sire. Her grandsire brings her to Bethany, who also appeared to be a vampire.

2007 - Alice meets Jeremy. A nomadic kindred from Las Vegas. He travels through Europe, she decides to go with him. They end up in Monaco.

2010 - Jeremy and Alice go to Las Vegas. But their relation ends with a fight. Alice takes her car and drives as far as she can go in one night.

• May 10th: Alice has to honour to organize an Official Court together with her fellow Daeva, Sarah LaFleur

2012 - Alice is still living the happy life in Sactown, while managing Club Ember

• September 8th: Alice goes on a mission back to Europe to avenge her sister's death.

2013 - After finding out her sister is actually still alive, Alice returned to Sacramento in June.

The Story of the Sisters Brown

It all began in London, 1941. John and Marie Brown got two beautiful daughters. Twins, blonde, smart and beautiful, but who later would seem to have some differences after all. John Brown was a business man, trading art thorough Europe, but mostly Paris, which was around this time still a center of art. He is busy man, so the two sisters were lucky to have such a loving mother as Maria. Their youth and upbringing is in most ways normal.

24 years later, the two sisters Bethany, the older one, and Alice (who is a couple of minutes younger) went with their father to Paris. They're all three very ambitious as they go on a business trip. It is somewhere around 1965, the war was over a while now, Europe was rebuild, and the art-scene is open for business again. Soon their father was gone the whole day, and Bethany and Alice couldn't always go with him, so Paris was open for shopping, fun and god knows what else. Bethany was the older and wiser sister, but even she couldn't resist Paris' nightlife. The sisters end up in a night club, why that Gothic one? Where else should a young lady who has drunk way to much look for excitement?

There Alice loses a bit of her common sense, it was getting late, Bethany wanted to go, but Alice wasn't in the mood of going anywhere at all. In the late night, all that stays in the club are the very pale and cold 'humans'. With their eyes looking to the two sisters. They tried to come closer, in a bad way, from the sisters’ point of view at least. So it was the moment that the sisters thought to show the strangers why a person shouldn't mess with them. Alice was just kicking and screaming while the goths were laughing. Bethany was trying to solve the problems her younger sister made (again) verbally. That very same moment some ominous person entered the club. The person exchanged some much-saying looks with the bar keeper. It looked like they were arguing about who would get who. What did they mean? Well, one of them asked Bethany (in a supernaturally persuasive way) to come outside, while the other took Alice behind closed doors. To make a long story short, two vampire friends each Embraced one of the human sisters. Alice was brought to the hole of an Acolyte, while Bethany soon would be hearing the words of a very polite man. They both fell in a vampire society on the edge of complete chaos. Daeva were ruling Paris' nightlife.

The start of an Unlife: Alice Brown

In 1965, after her embrace, the sisters were separated. So Alice had no idea her sister was Embraced as well. Neither did she really have the time to think about it. She was Embraced in a strange ritual, and she would never be a hundred percent clear what happened exactly, although a couple of things were clear. She felt very strong, she was one of the undead now and an eternal hunger raged in her body.

However, the moment of feeling strong was over soon. Her sire, Julien, was actually just a terribly unkind Acolyte. A Daeva Acolyte of the Duchange to be correct. Tribulation + Licencieux + a whip = the sick mind of Julien, resulting in a painful period for Alice. For a long time she was tied up against a wall, standing in front of a blood painted pentagram. There, Julien taught Alice all about the kindred society, he learned her how to use her special powers. Therefore he also needed to use them against her. The only result of the strange Disciplines used against her was a large bag of mixed emotions. But there were a few reasons to hide her feelings for her Sire. The first one was that he would almost take her into the society. Only some higher Kindred and Julien’s friend knew of Alice’s existence. And within a year, she finally met the funnier side of a Bacchantes' Requiem. There were a lot of parties, she was introduced to several other kindred from her Bloodline. Eventually, Julien prepared a grand ball in her honor, as an official introduction. But others had a few questions, here again Alice needed to hide the truth. Julien told her not to tell others she was a couple of years old already. He just wanted to look good, and it should make her look good as well, because she already had a lot of knowledge, that she would seem to make a lot of progress.

The partying went on for a decade, as did her social studies. All she did was having fun, playing piano, dancing and singing. She was already pulled from the mortal world long ago. Because she assumed that her family would have forgotten her by now , Alice stayed in Paris. However, in the meantime she slowly connected with the politics of the city as well. She found out the Duchagne were slowly becoming less popular. Their parties had begun playful, but had grown into hideous SM orgies now, where nobody would go only to socialize. This was the moment that Alice found a new hobby: the casino. She thought the politics were none of her matters, but of course, she was wrong. After a long night of irresponsible partying, she felt a terrible pain and sorrow deep inside her body. She know the feeling came from her sire, so she went back to her haven, and there she found Julien staked. Heavily staked, as in, he was part ash already. From what she saw, Alice knew he was recently killed, so she needed to flee ASAP.

The next evening she gathered all her stuff, but had no idea where to go. Fortunately, a man helped her out. She didn’t go with him voluntary, but later on it she was happy he made her go with him. It was her grandsire. Entranced she drove to Rouen. There she met her sister… Bethany. Alice was almost unimaginably happy to be reunited again. Her grandsire knew everything that was going on between the two "vampire friends" because they were his Childer.

It was in the late eighties now, and Alice met a whole new world. Not one of chaos and lust, but order. A world of the Invictus. She joined the First Estate, to be with her sister, but also because she had never been more than Chorus in the Circle. Alice is taught by her Grandsire how to become an Interpreter. Alice listened, and learned, but also fulfilled another role: Player and Librettist. It was who she really was, she couldn't stop being the 'Poker Alice' Paris made her.

After 19 years, another particular Kindred came to Rouen, Jeremy Scott. He was an American man, from Las Vegas, and Alice fell for him directly, they had a lot in common. And I have to mention again, he came from Las Vegas! From all cities he came from the Entertainment Capital in the World. He said he was on a trip through Europe, which started in Amsterdam, and would end in Monaco, the place where the first Casino was built. She finishes his trip with him, and then goes back to Las Vegas. There Alice found out he actually had left because he needed to flee from local Kindred who had been hunting his Sire. But, with all the problems solved, his Sire dead, they could stay in Las Vegas. However, Jeremy was looking for more, and not for Alice. He found her too empty, with lust but without love. He broke up very abruptly, and with a broken heart Alice left Las Vegas. For him she gave up her investments, she had given up the art business, she had left her sister again! And now, he simply left her. Sad and angry she just went away, ending up in Sacramento, hoping her sister would be coming soon. Alice has to start all over again, now, in the year of 2011.

Starting all over again goes quite well. She's loved, she's hated, just as she likes it. She climbs the social ladder quickly, even while making every peaceful park scene into something 'more exciting'. As she would say, recalling all her accomplishments all the time is only a waste of time. One of the most memorable things then is maybe the idea of losing her sister. It is something she cannot let go. In September 2012 she decides to go back to France to find out more about her loss. Her Grandsire must have some answers.