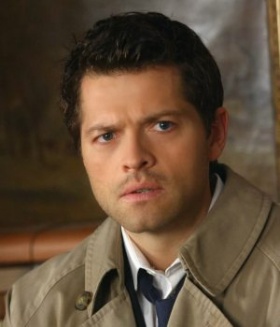 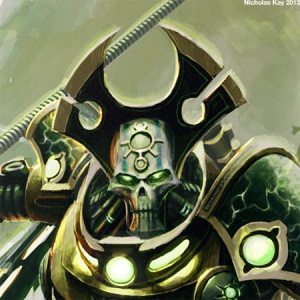 John Gears is a Elemental Manikin of the Autumn Court. He appears in his Mask as a tall man standing at 6 foot 8 with a tan and messy brown hair wearing a trench coat and a brown scarf. His Mien reveals that his skin is replaced by polished copper, dirty glass eyes and ornate Hedge Spun scar covered in gears and armor which curiously still resembles a trench coat, abet one that is lined with light, tough and extremely flexible metal of unknown origin.

Born Johnathan Gates in Boston, John came from a long line of police officers stretching back to his great-great Grandfather. His youth wasn't particularity remarkable, getting into the local football team on defense, passing his tests with average scores. Most people did agree though that he did have one thing going for him, he was stubborn as hell. After graduating high school, he he joined a local police academy and in two years was a cop on the streets along with his friend Greg Williams. He had a promising career ahead of him and eventually married a girl named Michelle. Life was going good for him. Untill that one night.

Responding to reports of abductions downtown, he and his partner headed down there to find out what was happening and repot back if they found something. During the search, he lost track of his partner when they split up. He eventually ran into a strange old man with a deep tan that said he spotted a police officer enter a room and was willing to lead John to him. He agreed and followed him into a door. Unfortunately, he didn't enter the room and instead found himself trapped in an alien place. The year of his disappearance was 1999.

The next few years were hell for John. His Fey master was a twisted creature determined to "improve" John. His idea, however, mostly consisted of replacing Johns body parts with copper and clockwork. He was given tasks ranging from sweeping vast corridors and manual labor to being a test subject to the Feys more exotic and demented creations. Whenever he wasn't in use, his master locked him in a gilded box roughly his size and would regularly call him back for more.

Whether by luck, accident or some convoluted ploy by his master, he found the door to his box unlocked one fateful day (or night) and made a mad dash out of his master hollow. No small feat seeing as it was a labyrinth of twisted clockwork machines and massive gears that could crush a man arm in a split second. But he managed and quickly found his masters hounds made of steel and obsidian fangs chasing him through the hedge. After hours of running, he managed to find a door leading him back to that apartment complex where he was taken. The year now was 2007, but it felt like only one year had past.

After recovering from his injuries from the chase, he discovered a lot about what happened over the past eleven years. His master crafted a double ganger to take his place and royal screwed with his life. His fetch, as he would later learn, quickly turned into a corrupt cop that help local gangs with drug smuggling. It was eventually killed when it was forced to help with a deal that went sour quickly. His wife was later hit by the gangs to help cover its tracks. John was devastated and found himself homeless.

A month passed and John was reduced to a vagrant wandering the streets of Boston, bugging pedestrians for help only to be turned away and treated like a madman. A Changeling eventually found him, a prominent member of the Summer Court, and offered to help John if he would join his court. Seeing as he had no other options, he agreed and found himself apart of The Iron Spear. He spent the next few months doing odd jobs for his court until he was given a permanent roll as a Hedge escort. He was charged with helping changelings navigate through the Thorns to hallows and areas plentiful with Goblin Fruit.

A few months pasted and John Gears, as he was now known as, found his life had some semblance to his old life, no matter how strange it was. His duty as a Hedge escort reminded him of being back on the force and he was doing something useful which kept him content. During a regular day (If you could call it that) of helping some Wizened and Ogres collect more Goblin Fruits, he came across a badly injured Manikin. Bringing him back to the local freehold, he discovered that he was in fact him missing partner who was abducted by the same Fey lord. Greg quickly found himself helping John with his job.

A week passed since Greg's return, but things were starting to bring the courts trouble. Groves of goblin fruits were found burnt down or destroyed, Changelings were vanishing without a trace, mortals were going missing and the Mage Collisium was taking notice. During one patrol with his partner, he was trapped in an ambush by his masters mechanical hounds and Greg revealed that he intended to sending John back to his former master to keep himself free from his master in Arcadia. John fought his way out of there and returned to his freehold close to deaths door. Greg vowed that he would bring John back to his master and gain true freedom

After recovering, he met with the Summer king and began talks about what he should do. They came to an agreement: As long as John was still at the freehold, he would draw his masters interest and bring doom to them all. He decided that John should be sent away from Boston to another Freehold. His king chose Sacramento as that was a location he was vaguely aware of having a changeling presence. The plan consisted of John leaving long enough for the Master to give up and return to whatever interests him. Not very brave, but a smart plan. After some preparation, John was given a letter signed by The Summer king and entered the Hedge through a undisclosed Trog.

Johns arrival in Sacramento coincided with the appearance of the Vampire Elder Eric The Ancient who massacred several prominent Supernatural beings across town, including the proprietor of Edna's boarding house and several mortals. John and another Changeling were sent to investigate who or what did it. While Investigating, John had a chance encounter with a group people. Although John was suspicious and suspected they were not human, he was unable to identify them as anything else beyond his ability to Ken them. The trail of the Elders destruction went cold and was forced to give up his chase.

After some time acclimating to his new city, John encountered a new Changeling known as Shadow Edge and went into a liquor store. While determining if he was loyal to the Lost or to the True fey, a young man mysteriously walked right through the store door. He appeared to be ensourceled and left before John and Shadow Edge could get any information out of him. While John was considering his options, Shadow Edge loudly proclaimed they should steal CCTV tapes. In front of the store owner. Thinking they were robbers, the owner pulled a shotgun and killed the Darkling before they could prove their innocents. John was forced to flee from the scene and into the hedge for some time. He eventually established a Hollow there that once belonged to a prominent Summer Courter before his mysterious death. He reappeared once the search for him had stopped and he managed to convince the owner to not press charges.

After some time, John once again vanished for a undisclosed amount of time. His Keeper had located him and sent several of his mechanical dogs after him. John was trapped in the hedge for some time but eventually emerged. The experience had worn away his rage and instilled a persistent fear inside him, subsequently losing his connection to Summer and gained a new one for Autumn.

Despite his change in allegiance, John assisted a group of Summer coutiers consisting of Fu, Marcus Evan, and Duncan in rescuing Duncan's son Lyle from Shellmane, a Loyalist who had plans to offer the child to the Fey known as The Ear of Truth. John and Fu were able to keep a gang of ensourcled mortals occupied while Marcus and Duncan dealt with Shellmane and rescued the boy from his fate.

John once again vanished from the public eye of the Lost. He traveled to Boston to help prevent his former Motley mate Loretta from being dragged back into Arcadia by the Gentry none could identify. Though they were successful, John lost the tip of his ear and suffered weeks of nightmares on contact with the feys touch. He also searched for additional information on his former best friend, only to come empty handed. John has stated he has no interest in returning to Boston anytime soon.