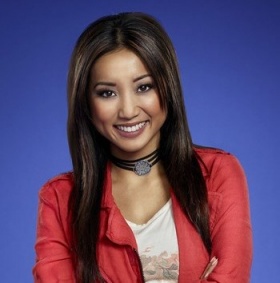 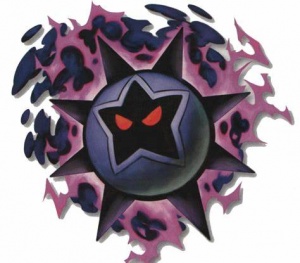 All Asians Know Martial Arts: Played straight with Sonnie, who is trained in Kung Fu.

Asian Airhead: Played with. Sonnie seems to embody this trope, but those who get to know her realize it's an act she puts on (at least partially). Those unaware of how clever she can actually be will often underestimate her.

Attention Deficit... Ooh, Shiny!: Sonnie is... easily distracted. While she can concentrate if she puts some effort into it, stuff like food, games, attractive people, and literally shiny objects will usually cause her to forget about whatever she had previously been doing.

Badass Adorable: Cute, funny, and can readily kick your ass.

Beware the Nice Ones: Sonnie is genuinely friendly and humorous, and displays no desire for confrontation. Considering her combat skills, however, it may be advisable to not push her too far.

Bi the Way: Sonnie has shown just as much interest in women as in men.

Big Eater: Sonnie is often seen snacking on something, and is easily distracted by food. It plays into her part-animal nature and highly active lifestyle. Strangely, she seems to avoid bananas, perhaps because it is so expected.

Blow You Away: Sonnie possesses a Contract of Elements that gives her control over the air. Sun Wukong was also known for wielding wind magic.

Comically Missing the Point: Sonnie does this fairly often.

Distracted by the Sexy: Another reason for her short attention span. It doesn't come up as often as food, but with so many gorgeous Fairest around the freehold...

Lethal Chef: Due to the "Pizza Incident" at the 2019 Spring Coronation, Sonnie now has a reputation as this. A shame, as she rather enjoys cooking.

Life of the Party: Not uncommon for Spring Courtiers. Sonnie is so eager to party, she sometimes forgets not every Court celebrates like Spring. As in the case of the 2018 Winter Coronation, she had to be asked to tone her enthusiasm down.

Little Bit Beastly: Par for the course for any Beast. Sonnie has the tail and feet of a monkey, and her irises are golden in color, similar to some simians.

Meaningful Name: Sonja Wu, her new identity after becoming a Changeling, was designed to be very similar to Sun Wukong, the Monkey King of Chinese myth. "Sonnie" also sounds just like "Sunny," which describes her bright and upbeat personality.

Monkey King Lite: Sonnie is a mischievous monkey Beast, who knows kung fu and staff fighting. Even her name is a play on Sun Wukong.

Ms. Fanservice: While Sonnie doesn't always dress in a skimpy manner, she also doesn't have a problem with modesty. The 2019 Spring Coronation had her in a revealing hedgespun outfit of leaves and vines, and at a follow-up pool party she was parading around in a bikini. Later that summer, she drunkenly flashed her underwear to everyone in a nightclub... for reasons.

Protectorate: As Claviger, the Spring Court is this to Sonnie. Traditionally, her role is to guard the Court's monarch and important personages, but she extends this to the whole Court as a matter of course.

Sad Clown: She shows signs of this behind her Genki Girl persona. Not surprising, given the emotional trauma most Lost endure in Arcadia and after their return.

Save The Villain: Even after discovering that Boy the Hedgebeast had trapped a mortal child into a Pledge that made him unnoticeable to his own family, Sonnie still rescued the fae creature and sent him back to the Hedge. Though only AFTER he gave her the method to break the curse.

Speaks Fluent Animal: Using the Contracts of Fang and Talon, Sonnie can gain the ability to speak with, and understand, primates. Later, she accessed the same contract for speaking with canines.

Spit Take: Sonnie did a big one upon hearing that the Huntsman was in Sacramento. Doubles as Oh Crap!.

Super Senses: Again with Fang and Talon, Sonnie can grant herself supernaturally strong senses. Primates aren't known for having any one particularly keen sense, so all her senses are enhanced equally.

The Beastmaster: With the Fang and Talon contract, Sonnie can command primates to do her bidding. It's of limited use, however, given how few simians can be found around Sacramento (outside the zoo).

The Nicknamer: A common habit of Sonnie's. With her fellow Changelings, she'll often give them nicknames based on their Kith or Seeming. When interacting with the canine Hedgebeast known as Boy, she called him a variety of names based on dogs in the media.

Tomboy and Girly Girl: Sonnie (the tomboy) is friends with Titania and Seraphina (both girly girls).

Treehouse of Fun: Her Hollow takes the form of one! Hidden in the heights of a large tree, Sonnie only recently established this Hedge hideaway.

Waif-Fu: 5'2" and adorable, she doesn't look like she can hurt you.

Wall Crawl: As a Steepscrambler, Sonnie can climb pretty much anything with amazing speed and skill. This ability came in very handy for sneaking into the secured second floor of a dog shelter to rescue a captive Hedgebeast.

Weapon of Choice: Sonnie's go-to is the quarterstaff.

What Does This Button Do?: Her curiosity can get the best of her at times.