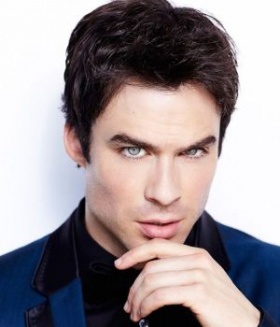 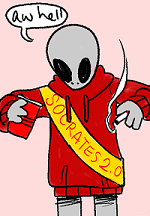 For lots of people it's that he looks like he can use his baby blues to read your soul. It could be that his hair has this just-rolled-out-of-bed look that just begs to be touched. It might be that when he smiles his teeth seem to sparkle and go *ting. It's possible that it's when he talks his voice sometimes bypasses your brain and hits that little button at the bottom of you spine that makes you shiver. There's even a chance that it's simply the fact that he has a body that you could bounce your pocket change off of. It could be any one of these things that does it, but there's something that makes him so damn fine. At work he's the center of attention because he always looks like he's in charge of the room, and at play... Well if he doesn't have at least one pretty thing hanging off his arm than he's restraining himself. He's not a big one for restraint. Kyle possesses the Striking Looks merit at 4 dots, as well as the Rigid Mask merit (reproduced below for the benefit of those without access to the Rites of Spring sourcebook)

His Mein is exactly the same as his mask, except for one slight, paltry, possibly even superficial difference. It's such a minor thing that it barely even bears mentioning and is only noted here for completeness. Just above his shoulders, where his neck meets his chest, there is a dusting of grayish-blond fur. This fur darkens as it sweeps up the back of his head, over his pointy and mobile ears that sit on the top of his head and lightens as it covers the rest of the coyote head that replaces the human head you would expect.

Kyle's mantle skips right past the gentle breezes of early spring right into the steamy, sweaty nights just before summer. Your pulse quickens, you feel like dancing and you have to fight the urge to rip off your clothes and get sticky with somebody to celebrate the fact that you are alive. Maybe the fact that Kyle feels like this all the time explains a bit about his personality. By virtue of his Mantle, eminent suitability to the task and sublime talents in the necessary skills, Kyle holds the position of Verdant Advocate in the Spring Court.

About three years ago Kyle made his way through the hedge into Sacramento. He joined the Spring court after that and for two years he kept mostly under the radar, working in a handful of temp jobs to pay the bills and partying at night. He seems to be willing to get it on with anything that will say yes or might say yes. Sometime between six months and a year ago he pulled his act together and picked up a life, it's safe to assume that he took it back from his Fetch (a low-key legal position that had absolutely nothing to do with the Lost community) . He picked up the legal career his Fetch left behind, and apparently was doing so well at it that he was hired by the Summer Sovereign himself.