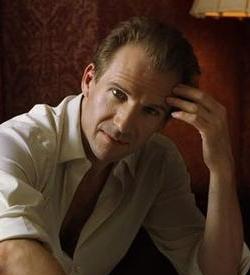 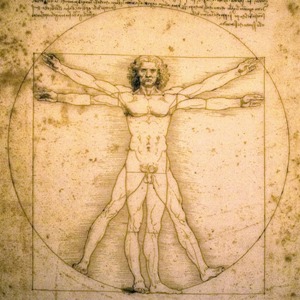 Doctor Jack is a Wizened of the Court of Desire. He is dual-kithed, sharing the Blessings of both a Soldier and a Chirugeon. Dr. John Carlton, Jack to his friends, is an averagely attractive man, with large, kind eyes. Whenever he speaks with someone, they feel that they are the center of his attention. Although he has a sucessful private practice, he still manages to volunteer a significant amount of time to not-for-profits and other charitable causes.

Doctor Jack wears the look of a war-weary veteran. His personal appearance varies from slightly disheveled to positively war-torn. To the astute observer, his hands always seem to have the stain of blood. On good days, his fingernails are slightly encrusted. On bad days, his hands drip with the never-ending stain of bloodshed. However, no matter how disconcerting his appearance may seem, those around him feel invigorated by the fresh breeze that accompanies him. The faint strains of Vivaldi's 'Four Seasons' calms the souls of those that remain in his presence.

Before: Mortal Life Born into a house privilege, young John Carlton lacked for nothing as he grew up in an affluent neighborhood of Chicago. Jack soon learned that he honestly enjoyed the feeling it gave him to help others. Of course, many of the fundraising events he attended featured open bars with bartenders that were not too picky about whom they served in the name of a good cause... When he enrolled in Northwestern University's Feinberg School of Medicine, Jack initially pursued courses suited toward being a surgeon, as his father had before him. Eventually, however, he chose a career in Psychiatry. After completing his residency at Cook County Hospital, Jack decided to accept a field position with Médecins Sans Frontières, known in the United States as Doctors Without Borders. One day, Jack's Afghani clinic was attacked by a small militant group,and he saw a valkyrie leaning over the wounded nurse upon whom he was performing field surgery. Without a word, the fae woman grasped the dying man by the shoulder and started to drag him away from the dumbstricken doctor. Holding on to the poor man with a tenacity he never knew he possesed, Jack refused to let go, even as he found himself dragged into one of the numerous caves that littered the hills and into the Hedge.

During: Arcadian Durance Jack spent his durance alternately stalking or fleeing his enemies in the insane, patchwork realm of One Eye. He won and lost... lived and cried... laughed and died... under the watchful gaze of One Eye. His unpredictable Keeper would sometimes observe from a prominent vantage, and other times masquerade as a fellow soldier. Often, he seemed completely absent, but friend and foe alike knew one thing. One Eye was always watching them. Jack knew. The armies themselves never even remained constant. Jack found himself setting traps for enemies that were once comrades, and defending soldiers who had previously torn him to pieces. Once the soldiers had slaughtered each other to the point of being unable to continue fighting, "Doctor Jack" and those like him, would stitch themselves back together before answering the anguished cries of the dismembered and defeated. It seemed several lifetimes had passed for Jack before he found himself diving into the a particular cavern with only the thought of escaping the terrible eye of his Keeper. As he ran, crawled and squirmed, he remembered those he had left behind... his patients, coworkers, and friends... and his parents. How could he have forgotten them? Eventually, the cavern had given way to Briars, yet the air was still oppressively subterranean. He fought through as the Thorns tore at him for the second time.

After: Beyond the Hedge Shattered in mind, body, and spirit after his Durance in One Eye's realm, Jack had a long, slow recovery. Only when he was feeling better did he realize that years had passed, yet his mother insisted he had only been missing a few days. It turned out that "he" had returned from abroad years ago to settle in San Francisco and start a successful private practice, but had gone missing a few days before appearing at her door. Heading out to San Francisco, Doctor Jack takes up his practice and makes a new life for himself, with little contact with the Lost of the city. Political upheaval beyond his comprehension caused him to flee the Freehold of San Francisco, and he set up a new practice in Sacramento. Deciding that he would not make the same mistake in keeping himself cut off from other Changelings as he had done before, he has been quite active in his current Freehold.