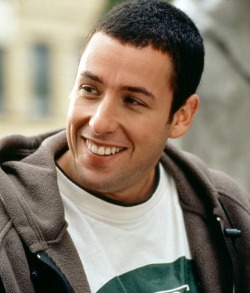 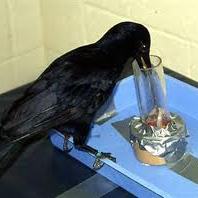 No one knew the rage in Aeneas Torchwood, except perhaps for his father. His real one, that is. Aeneas grew up on a small dilapidated farm at the edge of town - the last property on a road almost completely swallowed by forest. His "father" was a brooding, callow man sliding into alcoholism and his mother was the air headed daughter of a hippy who had cruised the festival circuit till she wound up in town. Aeneas had few friends and took the bullying he received from the bigger kids (and his "father") with a steely resentment. The kids stopped when Aeneas sprouted into leonine strength in his teens; it took his "father" a few more years to realise that his boy could strike back. The young Aeneas coped by retreating to the woods and until his First Change it appeared he was destined to continue the legacy of his "father's" family, as the towns resident "hicks". He grew up on wood craft and developed a disdain for the trappings of the modern world because they reminded him of the disapproving townsfolk.

The real source of fear in Aeneas life was the mysterious Mr. Wolf (and his cronies) who would blow into town like a harsh blizzard and upset everyone. Mom was drawn to Mr. Wolf as if she were a teen groupie (despite the obvious way in which Mr. Wolf mistreated her). "Father" slunk away like a whipped cur when he was around. Mr. Wolf ignored Aeneas or beat him lightly when he got too close. This continued even as Aeneas grew into manhood - Mr. Wolf (and his cronies) took pride in testing the young man. During those times, what Aeneas feared the most was Mr. Wolf's approval.

The tense equilibrium of his life imploded suddenly and spectacularly just shy of his 20th birthday. Of all things, he came down with a chill while camping in his woods. The chill quickly turned to a fever. Aeneas, stunned, returned home to find Mr. Wolf there, arguing with his mother and "father". Mr. Wolf, ever the bully, gloated the he was Aeneas real father. In fact, Wolf was far more malignant than normal - he deliberately goaded Aeneas (as if he was expecting something to happen...)

Rage and terror warred in the young man's soul as he faced his demons. Terror won out and he ran. And ran. And kept on running when two legs became four.

The Stony Brook Sept of the Hunters in Darkness found him and straightened him out. He had to accept that Mr. Wolf was his father, as much as he accepted what he was as an Uratha. Big Doug (the Alpha) and Mary Tree Singer (the Beta) generously allowed him to stay the winter. Tree Singer first showed him the Shadow realms and taught him the First Tongue. Big Doug initiated him into the Menina and taught him about his Auspice. Neither of them could confirm if Mr. Wolf (assuming that is his deed name) is of the Pure or of the Forsaken, but the size of his pack (if Aeneas' memories are sound) leans towards the Pure.

In the Shadow of the Stony Brook, Aeneas hunted, and was hunted by, Falcon the All-Seeing, a raptor spirit embodying vigilance and foresight. The spirit was 'young' as such entities go; Aeneas was just happy to have a companion, even if it was a spirit. The Menina recognised the partnership of the young Irraka and the vigilant little spirit with renown of Honour when Aeneas made personal pledge to the spirit as something he wished to embody. If she could protect others from the shadowy tyranny of someone like his father, he would be happy with his life. As winter ended, Aeneas left the Stony Brook Sept as Uratha. He headed south, down the west coast.

When the pair reached Sacramento, they found the area in disarray. The Pure, under an Elder called Grandfather, had struck hard across the river; all the existing Forsaken packs had fled, dissolved, or left under the onslaught. Aeneas stuck it out with the few remaining stragglers and found sanctuary at the city's southern limits. After dealing with an Azlu, the Forsaken were able to "loan" a single locus for a while as they regrouped. His present pack, Granite Watchtower, emerged through this pressure cooker environment and took his Spirit ally as its totem.

It was Granite Watchtower that led the fightback and eventually struck down Grandfather, although Aeneas cannot claim any specific role in the Elder's death.

!-- This is the footer and goes last, enter information above this line -->