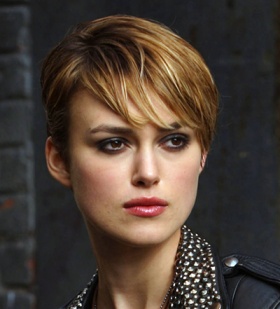 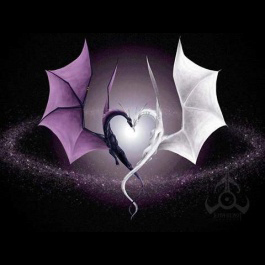 Ankh is a Thyrsus of the Adamantine Arrow, and lived in the city for quite some time. Ankh tends to believe in the good in all people, including the Fallen and has been known to do things on the more mundane level. Some think she is just odd, but Ankh feels it is important to keep in touch with the Fallen world.

Maxine Fairchild was born in San Francisco to very prominent parents. Both of them loved her dearly and treated her as loving parents would to an only child. At the age of five, Maxine was diagnosed with leukemia. Her father was devastated and immediately set forth to get her the best care possible. Her mother just shook her head and tried to tell her father that she would grow out of it.

Three years later, both of Maxine’s parents died in a terrible car crash. The little girl, now eight, was devastated. Both her parents had left her everything they owned, but had placed it into a trust fund. She would receive everything and have full reign over it, when she turned sixteen. Until that time came, Maxine was to be under the care of her Aunt Selene.

Selene was a cruel woman and had always hated Maxine’s mother. She always said the woman was a freak and had no business being with her brother. As soon as Selene moved into the Fairchild’s large estate, she sent Maxine to live in the children’s terminal illness ward at San Francisco Hospital. She did not want to deal with the child as she had no children of her own for a reason. It would also get the kid out of the way so Selene could enjoy the life she’d always wanted to live. The girl would die soon enough anyway, why should she have to deal with it?

Maxine spent the next six years living at the hospital under the care of a very talented and caring doctor. Most of the treatments they tried on Maxine did not seem to have any effect on her illness and most of the hospital staff were baffled. Maxine’s doctor simply said the girl was special and left it at that.

Life was difficult in the terminal ward. Every friend Max seemed to make died of one illness or another. She also had a great deal of time on her hands, so she decided the best thing to do was read and learn as much as she could before her time came to be with the rest of her friends. She acquired a computer and began taking online classes. She worked her way through to her GED in a matter of months and started college courses soon after. By the time Maxine’s fourteenth birthday came around, there were only three children left of the original eleven when she’d arrived. However, she had gotten her Masters in Psychology and that was nothing to scoff at.

Three days after Max turned fourteen, she slipped into a coma. She was unconscious for two months and the hospital was certain she would never come out of it. Her Aunt Selene had petitioned for the hospital to pull the plug twice, but Max’s doctor had refused both times. He’d then gotten a lawyer and kept the “pull” order swamped in paperwork for as long as he could.

During her sleep, Max found herself in a jungle, surrounded by plants and animals she did not recognize. A polar bear walked in front of her on the path and would stop and look at here every now and then to make sure she was following it. Finally, the jungle fell away to reveal a huge tower. When she walked inside, there before her stood a podium, with a book of stone resting upon it. She walked to the book and placed her hand upon it. Her name flashed in the book for a moment and then Max woke up in the hospital. There were no traces of the illness in her system. Max’s doctor told her he would fix her records to show she had a brief relapse, but was now out of the woods so-to-speak.

She was still required to take her medications and visit the hospital every six months, but she generally purged the drugs from her system and always went to see her doctor for her visits. It turned out that her doctor was also a Thyrsus Mage and knew exactly what she was. He was a member of the Silver Ladder and he offered to teach her about what she was and how to use her magick for the betterment of the world. She agreed to his teachings.

She also returned home to discover the estate in a terrible flux. Her Aunt had fired more then half of the staff and hired a bunch of money grubbing lazy losers. Maxine immediately turned to her doctor and mentor for help. She hired a lawyer, got herself emancipated, and unlocked the trust fund to the estate. She then fired all of the useless staff her Aunt had hired, kicked her Aunt out of the estate and Max’s life, and rehired all of the old staff again. Once the house had been set to rights, Max felt she could turn her attention to her studies once again.

For the next three years, Maxine immersed herself in learning about her Arcana and the way magick worked. Once it came time for her to choose an Order, she faltered though. Her teacher wanted her to join the Silver Ladder of course, but Max did not feel her path went in that direction. The Mysterium and Free Council had also showed interest in her talents, but she did not agree with their philosophies at all. The Arrows and Guardians never really showed an interest in her, assuming she would just be another Ladder as her teacher was.

Frustrated and angry, Max decided she needed to follow her own path entirely and that meant leaving San Francisco. She’d heard about the Mages disappearing in Sacramento and asked her teacher if she could go and see what there was to find. After conferring with the Ladder, he agreed and warned her that she would be representing their interests if she went on their request. Not really caring about their interests, Max said “yeah whatever”, packed her things and moved.