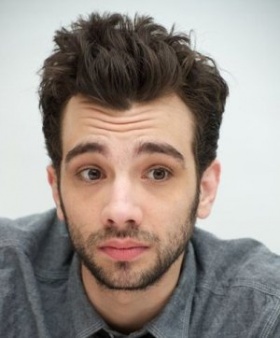 Originally from Washington, DC. Not much is known about this eccentric young Mystagogue asides from the fact that he is a Mastigos and has a fascination with solving puzzles. The locals have also noticed that he is a bit awkward around the ladies and likes to indulge in the habitual cup of green tea. He claims that his mentor told him to come to Sacramento and seek out the Curator of the Fillard Goldman Museum. He currently works at the museum, which facilitates the work he does for his Order, while helping him pay his bills. Other Mystagogues know that he is a Censor, but this information isn't really known to others outside the Mysterium. He is friends with Rosetta, who he knew from his time back in DC.

His nimbus has not been seen by any of the locals so far. When Aenigma casts vulgar magic whispering in many different languages can be heard all around him. A variety of ethereal symbols and runes manifest floating around him, creating random patterns amongst them and shifting constantly in his surroundings.

Aenigma was born Robert Collins, in May 17, 1987 in Washington, DC. He attended a private school there, excelling in the study of humanities. He awakened at the age of 17, shortly before graduating high school. After graduation, he stayed around the area to attend Georgetown University to major in History. There he met another mage like him, a professor of philosophy who was a Mastigos like himself. This professor took him as a student beyond the classroom, and began to teach him about awakened society and about the Mysterium. This continued for four years while he attended school, and eventually Aenigma was initiated into the Mysterium by his mentor. He decided to stay for a master's degree in History, during which he assisted his mentor with a variety of research topics, ranging from the mundane to the esoteric. After finally receiving his master's degree, Aenigma was finally released from the care of his mentor, who recommended he travel West for a change of scenery and to seek out the Curator of the Athenaeum in Sacramento. However, the real reason why his mentor sent him away was due to the constant Seer threat in the District, and truly he was looking out for his young student's safety.