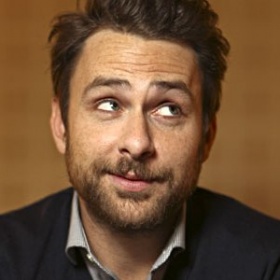 Standing at 5'6", few might believe that Strix used to serve in the military. He has an average build with his dark brown hair usually sticking out at odd angles, seemingly letting his pillow do any form of styling to it, with his beard being well-kept, however. His eyes are of a light blue color. Strix prefers to dress in casual clothing.

The sound of grinding gears, a hint of oil and gunpowder in the air. An ominous mist pillows around from somewhere, shifting as if disturbed by unseen feet. Powerful magic will make the gears turn faster, the scent of oil and gunpowder intensifying with a copper one accompanying them. Strix flashes to black and white, the mist growing thicker, as well.

Coming from a family whose men served the U.S. armed forces for generations, Strix was expected and followed into the same tradition. Instead of becoming a simple soldier he went to join training as combat engineer as it went well together with his interests. During one of his missions oversea was his unit ambushed, the vehicle he was sitting in suffering an accident that brought Strix to the brink of death and send him onto the path of Awakening.

His brush with death sent him to a journey through Stygia, when he returned from it — his eyes now open to the Lie.

Strix was never fully sold on the family tradition, with the Lie revealed to him it derailed enough that he found himself honorably discharged and began to work as mechanic, instead. It was not long after his discharge that Strix was approached by Adamantine Arrows. Attempts to recruit him failed, however, as he considered their structure too strict, too close to military, and eventually found himself approached and invited by the Free Council. They were more to his liking, less hung up on old traditions.

Eventually, family disputes about his discharge and Consilium politics made Strix leave and put several States between him and his old life.